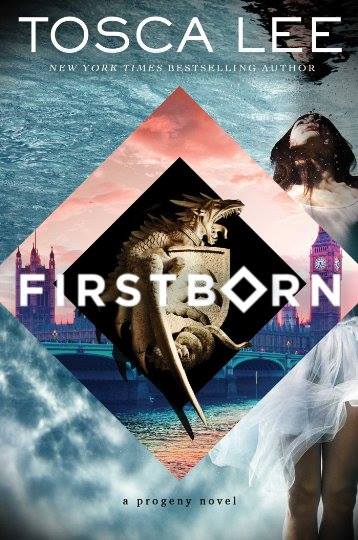 In truth, this was a hard interview to get. After weeks of unanswered calls and no-shows, I finally cornered the elusive inner-author with a bacon trap in the kitchen, (which she did, in fact, manage to nab before the dog).

Me: There you are!

Tosca: This is my bacon. You can’t take it from me.

Me: There’s been a lot of speculation swirling around your recent trip to New York City. Care to comment?

Tosca: Those photos weren’t me. Someone hacked my Snapchat—

Me: I’m referring to rumors that you went to discuss your next series, but more importantly, a delay in the release of Firstborn. Is it true that the sequel readers have been asking about for months, is, in fact, delayed until May?

Tosca: Just so you know, I lobbied for the sequel to be released six or even four months after the first book. Due to a few eruptions in 2016 (cough cough—Olympics—cough—election) that wasn’t possible. We settled on February 28 but yes; due to circumstances outside of my control, that has now been pushed to May 2. But I want you to know I wrote that book in a fervor between getting married and going on my honeymoon a year ago because I was concerned about getting it out to everyone who wanted to hunt me down after The Progeny.

Me: You mean because of the cliffhanger.

Tosca: The purported cliffhanger. That might be an alternative fact.

Me: An alternative fact that resulted in triple deadbolts on your front door. So you wrote it that quickly to save your own skin.

Tosca: Hey, you saw that video of the crazy lady at Barnes and Noble.

Me: So you were holed up for weeks, writing…

Tosca: Yes. In a bunker. Salman Rushdie and I are like *this.*

Me: A bunker in Bora Bora. With a hot man who is your husband and looks nothing like Salman Rushdie.

Tosca: That was only for a week. The point is, I’m always thinking about my readers—from plot twist to character insights and revelations, I’m thinking of how best to serve and entertain them. To help them escape. It’s my privilege as a novelist and a job I take seriously. Which is why I wanted to get it to them as soon as possible.

Me: You say that, but isn’t it true that you’re unapologetic about the way you left The Progeny?

Tosca: In the words of Rick Riordian’s dedication of The House of Hades, “To my wonderful readers: Sorry about that last cliffhanger. Well, no, not really. HAHAHAHA.”

Me: That’s not funny.

Tosca: It kind of is. It’s also true that his last line was, “But seriously, I love you guys.” Which is why we do it. Because we love our readers and want them to have fun. Remember questioning who shot J.R. in the 80s? What was going to happen to Rachel and Ross after he accidentally said her name at his wedding to another woman in the 90s? Wondering whether Bonnie and Damon died at the end of The Vampire Diaries season 5? And don’t get me started on the Walking Dead’s Glenn. Suspense has kept us tuning in—and turning pages—from Gone With the Wind to The Mazerunner for decades. We love stories because they rip our hearts out and make us want more.

Me: And yet you still hoped to get Firstborn to readers sooner.

Tosca: I’m not a sadist.

Me: Is there anything you’d like to say to your readers?

Tosca: Sorry guys. I tried my best. I really did. That said, I loved writing Firstborn and hope you feel it was worth the wait.

Me: How are you going to make that wait up to us?

Tosca: Did you miss the part where I said this wasn’t my fault?

Tosca: Well, I guess I could release some behind-the-story secrets.

Me: Isn’t it true that you promised your readers a serial short story to hold them over?

Me: And isn’t it true that you said you’d make it available before the end of 2016?

Tosca: Why do I feel like I’m being interrogated?

Me: Because you’ve seen way too many episodes of Homeland.

Tosca: Look, I’ve had a lot on my plate lately.

Me: Evidently. Aren’t those the same sweat pants you wore yesterday and last week? Exactly how much stress eating have you been doing anyway?

Tosca: This interview’s over. I’m taking the bacon. And the See’s toffee in the cabinet.

So there you have it. It isn’t the news I wanted to deliver, and I’ve dragged my heels in doing so. It pains me to see Firstborn get penalized for the delay in early reviews that have nothing to do with the writing, but there it is.

For those of you who loved The Progeny, I can promise you this: more non-stop action, thrills, big reveals, and a major conclusion to this duology (there are only two books in this story) that has given me so much joy to write.

Meanwhile, I’m on to the next series, and I’m ready to amp up the thrills.

Thank you for hanging tough with me. Thank you for supporting me through trying periods as this one has been. You are foremost in my thoughts, and my stories are for you.

Are you a reviewer/blogger? Firstborn is available on NetGalley now!