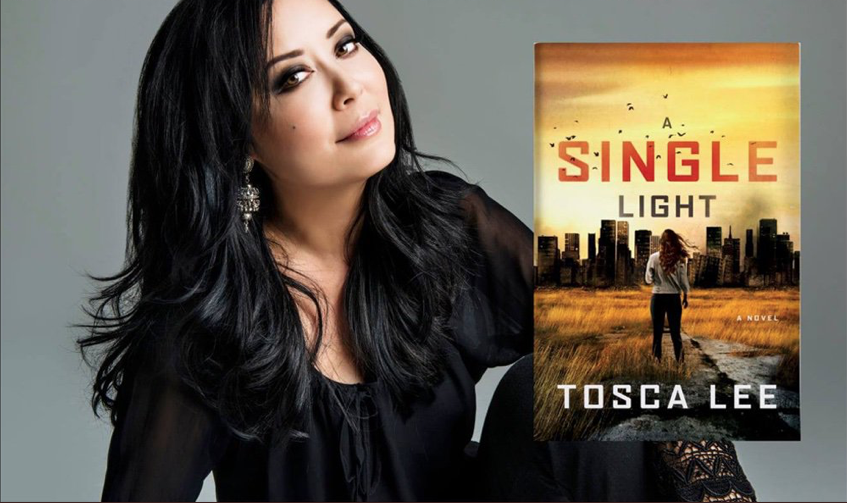 Tosca recently sat down for an interview with Paul Semel. Paul has been writing about music, movies, TV, video games, books, and other fun stuff for nearly thirty years and for hundreds of different websites and magazines.

Here’s just a sample of the interview. If you want to find out who Tosca envisions playing Noah in a Line Between/Single Light movie… you’ll have to read the entire interview on Paul’s site.

Don’t you just hate it when you get tossed out of your doomsday cult only to have doomsday happen a few days later? We’ve all been there. And by “we,” I mean Wynter Roth, the main character of writer Tosca Lee’s medical thriller The Line Between. Sadly, Wynter’s life isn’t getting any better in the sequel, the dystopian, post-apocalyptic sci-fi novel A Single Light (paperback, Kindle, audiobook) that’s also the final book of this duology. In the following email interview, Lee discusses what inspired and influenced this second (not entirely implausible) installment.

For people who haven’t read it, what was The Line Between about?

The Line Between is the story of 22-year-old Wynter Roth who, at the beginning of the book, is just getting ousted from the doomsday cult she grew up in. Just as she’s trying to start over in the outside, secular world, a pandemic begins to rage across the nation. For Wynter, it looks a lot like the apocalypse she’s been taught all her life was coming. This is a survival story, a story of family and sisterhood…and a pandemic. Though I should note that it’s not a coronavirus infecting people in my books, but a prion disease — without cure, and always fatal.

These are also the first of my books set in the Midwest, where I live. So that made it a little extra fun…and spooky.

And then for people who did read The Line Between, and can thus ignore my SPOILER WARNING, what is A Single Light about, and how is it connected, both narratively and chronologically, to The Line Between?

A Single Light picks up exactly where The Line Between ends: with Wynter, her niece, and her friends Julie, Lauren, and Chase, taking shelter in an underground bunker in Nebraska. For six months, they endure underground life, trying to ride out the pandemic — only to find that the world has changed in unexpected ways when they emerge.

When in the process of writing The Line Between did you come up with the idea for A Single Light, and what inspired this second book’s plot?