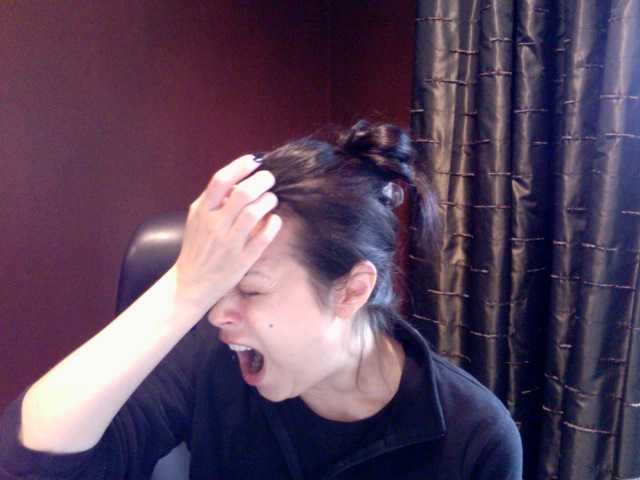 This is a TBT post. Tosca originally wrote this for her newsletter in the Fall of 2014, right before the release of The Legend of Sheba.

There’s a surreal gap in time before a manuscript’s last pass and the book’s launch. That amnesiac space between forgetting the finer points of research just as interviews begin. Of trying to remember how to do your hair and assemble an outfit that doesn’t consist of pajama pants after weeks of rambling around the house with a ketchup stain on your shirt. When you’re not quite surrendered to the new story eating away at your synapses, and the one that just left a gaping hole where grey matter used to be.

It’s a weird time for me—holding on to the familiarity of something that was exclusively mine, given up in incremental editing. Of emerging from the introvert’s asylum of the computer screen in order to promote something I steadfastly refused to talk much about for more than a year.

What’s it like to have a book release? Scary as hell. Because maybe you didn’t do enough. Maybe you should have slept less, slaved longer, worried more and prayed harder. But now it’s going, going—gone—to print, and there’s nothing else you can do about it.

It’s also awesome. Awesome to see the thing that just eight months ago resembled some mutant life washed up on Japan’s radioactive shores evoke words on Goodreads like “inspiring,” and “I couldn’t put it down.” Frankly, it’s hard to recognize the thing that once sprouted two heads and three arms on my hard drive in reviews like that. Definite proof that God is in the space between my desk and readers’ hearts. I don’t know how that works. I do know it’s a mystery.

So I’m telling you: stay in there. Do the work. Be a hermit and wear your pajamas for as long as you need to. Because something crazy happens between the diligence and the surrender. And for as much as I’m supposed to be good at description, I cannot do it justice except to say that there’s fear, wonder—and gratitude.

Most of all, gratitude. Not for having done it, but for having been a part of the process.