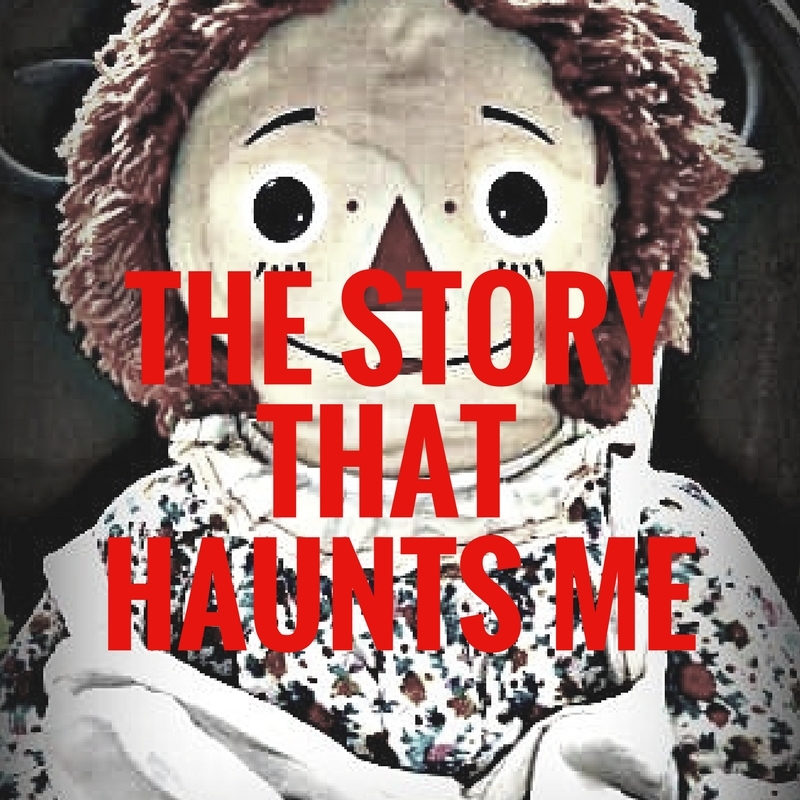 Raggedy Ann is back.  If you follow my blog, or have seen the video (below) you know about my history with that red-haired terror.

For those of you new to this saga, let’s review:

The Beginning:  A Confession

As a kid, I loved making things up. I was very specific. I didn’t have imaginary friends. I had imaginary friends who were firemen. I wasn’t just a princess—I was a Korean princess with a diamond for a third eye (no idea where that came from). I played through disaster scenarios, hoarding and stockpiling stuff in my closet, and packed bags for emergency evacuation in case of a bomb. I slid notes behind the mopboards of my room with directions to treasure stashes for future generations (boy are they going to be disappointed). I convinced my friends we were being chased home from school by psycho killers, and my dad that an army of ants had embedded itself under my skin in a slow march toward my heart.

But my favorite accomplice, laboratory—and victim—in all my imaginary exploits was my sister.

Amy was five and a half years younger than me, sweet-faced, curly-haired and doe-eyed. She generally went along with my harebrained ideas and whatever abuse I shoveled her way (until the day, at age two, she hefted the chair of her play table Hulk-style and came at me and I went screaming to mom).

I taught her how to play Monopoly by the time she was three (the main reason I wanted a baby sister) and to read by age four. At the time I thought I was a genius teacher, but in retrospect I realize it’s because she’s really something of a prodigy.

A prodigy, but at the time, a gullible one, and super fun to torture.

I don’t know where I got the idea to convince her that her Raggedy Ann doll was possessed by Satan. Maybe after explaining to her I was Wonder Woman’s younger sister and that I had my bullet-proof bracelets in my closet I was out of fresh ideas. Maybe it’s because, candy heart or not, that triangle nose eyes and red ropey  hair freaked me out. Whatever the reason, I used up all my Dad’s dental floss rigging the thing and set it in the crook of her door, carefully stringing the floss down the hallway to my room. The next time I heard her go to her room, I grabbed the dental floss leads. Laughing maniacally, I jerked them like marionette strings til a blood-curdling scream sounded from down the hall.

I know I’m probably going to hell for that.*

In this video on my Facebook Page, Amy tells her side of the story.

Doesn’t she play the innocent victim well? Before you take her side, just know that on a recent visit to Amy’s home in Boston,  I pulled back the sheets of the guest bed to find this (cue Psycho soundtrack): 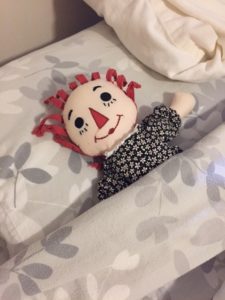 Revenge, four decades in the making.

I’d really like to call this the epilogue, but one thing I’ve learned by now: you never know.

SO… I was speaking in California three weeks ago and shared the Raggedy Ann story. After my talk, a woman came up to me, showed her last name (Gruelle) and guess what? Her great uncle invited the Raggedy Ann doll!

Meet my new friend Deb Gruelle (who, unlike that spooky girl with the triangle nose, is a sweet doll :). 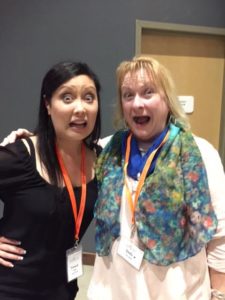