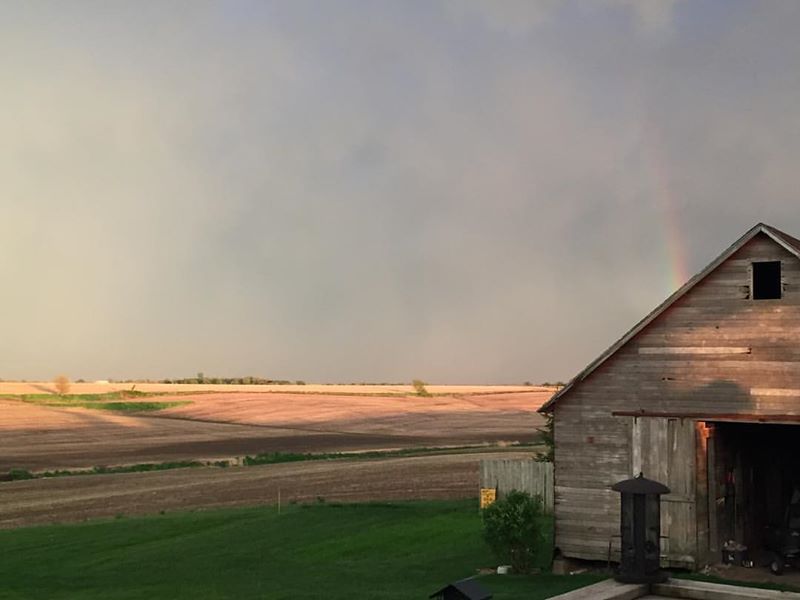 I originally wrote this post for More to Life online magazine. You may have heard parts of this story before but thought you might enjoy another telling of my unlikely journey. – Tosca

The first time I entered this country house, it was as a guest. I took in the reclaimed wood floor, stone fireplace, the big black lab laying in the sun of the great room windows, the gigantic kitchen island that doubled as a dining room table. The loving handiwork of the farmer and single father who called it home . . . and hoped I would as well. A few weeks later, over steak and green bean casserole at that kitchen island, I met the children who would one day call me “mom.”

Back up a couple months. At 43 and divorced for nearly a decade, I had given up the dream of having my own children. Of marrying a good, kind and Godly man with enough of an adventurous side to take on an author with severe clinical OCD.

I’ve always called God the Author of the Unlikely.

On visits, I watched Farmer Bryan pray with his kids. I had never seen any man deal such grace to those around him, embody the nurturing force of God around a simple slab of granite.

I spent sunny afternoons writing the love story in my seventh novel at the kitchen island on which he plated homemade cookies. Since our marriage, that island has become the site of mass pumpkin carvings, Easter egg dyeing, cinnamon rolling, sweet corn cutting, nightly homework and the sorting of daily mail that also bears my name.

My move to the farm came as a shock and minor miracle to my friends, who knew me as a single city girl in need of Starbucks, Pilates and restaurant delivery while on deadline. Who used to ask how my OCD was doing as they glanced knowingly at the mirror finish on my counters and the militant organization of my Tupperware drawer. Today, I’m as likely to find a wayward wrench in the kitchen as I am a bread knife. A bb gun leaning against the dryer, work gloves on the coffee table. They’re the shape of my husband’s hands. A newly-mounted hunting trophy awaits wall space on that kitchen island as a raccoon is nesting in the barn.

A farmhouse twenty minutes from the nearest grocery store is the last place I ever expected to find myself, but I’ve learned by now that God continues to be the Ultimate Storyteller—throwing in plot twists and turns I never saw coming.

Tonight as I write this, the coyotes are playing in the fields. Their songs are my soundtrack as I work at my desk upstairs. No, the kitchen drawers aren’t organized, the new bag of flour got used for target practice and the cat’s just defeathered some winged creature in the garage. And all I can think is that love built this farmhouse. God poured the foundation. My husband’s fingers laid these stones. My boys’ voices adorn its walls.

Tomorrow I’ll welcome guests to that giant kitchen island with last summer’s sweet corn. We’ll ride the four-wheeler and go out on the deck to watch the stars as the Ultimate Author continues His story out here at the farm, beyond the city lights.