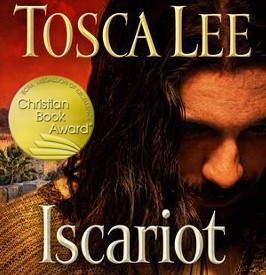 We’re giving away 20 copies of Iscariot on Goodreads!

Enter by March 18 at:
https://www.goodreads.com/giveaway/sh…

Iscariot humanizes Judas, the man whose very name is synonymous with betrayal.

Based on extensive research into the life and times of Judas Iscariot, this triumph of fiction storytelling revisits one of biblical history’s most maligned figures and brings the world he inhabited vividly to life.

In Jesus, Judas believes he has found the One—the promised Messiah and future king of the Jews, destined to overthrow Roman rule. Galvanized, he joins Nazarene’s followers, ready to enact the change he has waited for all his life. But soon Judas’s vision of a nation free from Rome is crushed by the inexplicable actions of Nazarene himself, who will not bow to social or religious convention—and seems, in the end, to even turn against his own people. At last, Judas confronts the fact that the master he loves is not the liberator he hoped for, but a man bent on a drastically different agenda.

Praised as “an absolute must-read” (New York Times bestselling author Ted Dekker), Iscariot is the story of Judas, from his tumultuous childhood to his emergence as the man who betrayed Jesus. But even more, it is a singular and surprising view into the life of Jesus that forces us to reexamine everything we thought we knew about the most famous—and infamous—religious icons in history.

Enter to win one of 20 copies here:
https://www.goodreads.com/giveaway/sh…