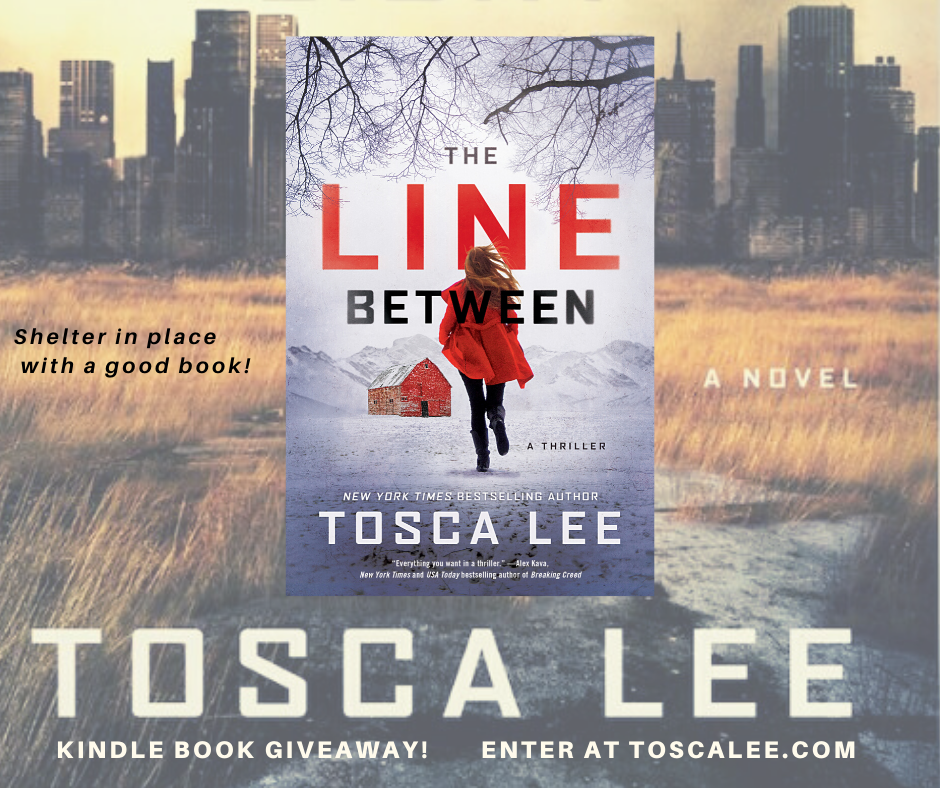 I’m giving away 10–count ’em 10!–Kindle versions of The Line Between!

Winners will receive a free code for a Kindle download of The Line Between. (Don’t have Kindle? Get the Kindle app for your computer or tablet HERE!) Unfortunately, these codes only work in the U.S. Gah, I hate that rule, too. For my non-U.S. friends, please just know I love you and hope you are well and safe in this crazy time!

In this frighteningly believable thriller, an extinct disease re-emerges from the melting Alaskan permafrost to cause madness in its victims. For recent apocalyptic cult escapee Wynter Roth, it’s the end she’d always been told was coming.

ENTER TO WIN by leaving a comment below about one thing you’re doing during this time of social distancing. (At my house, we’re living in a pile of pantry stuff and rubble as we continue home renovations…) Drawing will be Monday evening, March 23, 2020.